Get To Know Isata Kanneh-Mason 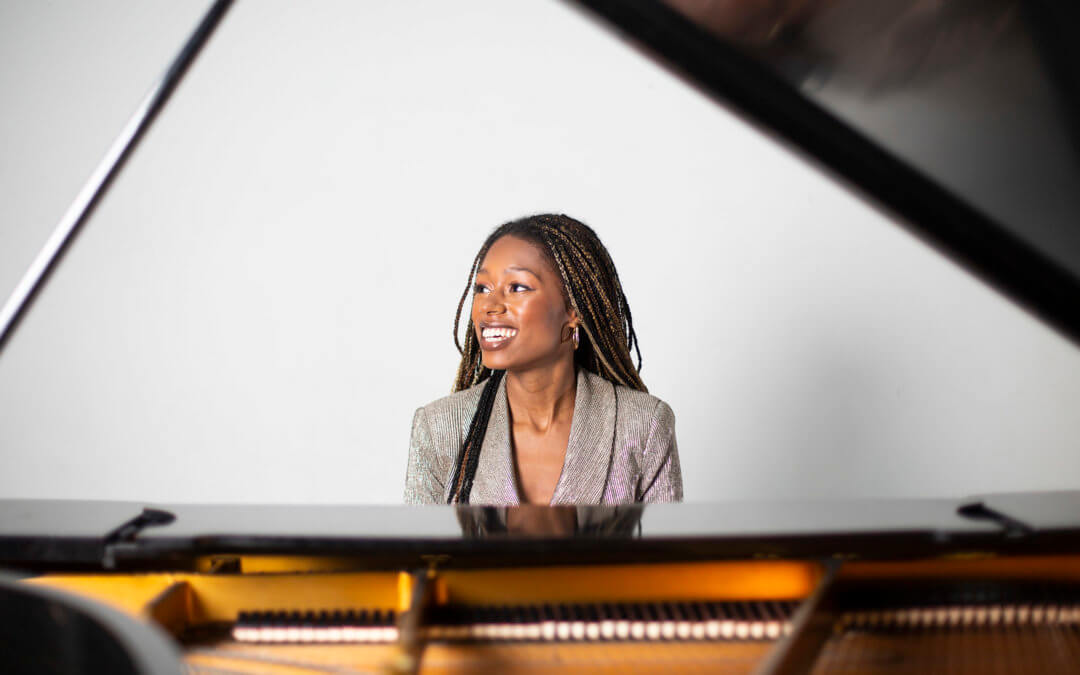 Isata Kanneh-Mason is one of the rising stars appearing at this year’s Kenilworth Arts Festival. With her debut album dropping today (Friday 5th July), here are five things you need to know about this incredibly talented young pianist.

Alongside her studies, Isata has already built up an impressive career, performing at major venues such as Carnegie Hall, Amsterdam Concertgebouw and the Barbican Centre, and making appearances on the BBC One Show, Radio 3, 4 and 6 and ITV’s Born to Shine.

3. She is the eldest sibling of the multi-talented Kanneh-Mason family
Isata is one of seven siblings, all of whom are incredibly talented musicians. She regularly performs concerts with her siblings in a variety of set ups, including as a duo with her brother, cellist Sheku Kanneh-Mason, who won the Young Musician of the Year competition in 2016 and has since performed around the world (including at the wedding of the duke and duchess of Sussex!). Isata and Sheku also feature in the Kanneh-Mason Trio, which was awarded the Royal Academy of Music Howard Craxton Chamber Music Prize in 2018. Meanwhile, the entire Kanneh-Mason family found fame in 2015 after reaching the semi-finals of Britain’s Got Talent, as the Kanneh-Mason Six.

Check out a video of Isata and Sheku performing on the Andrew Marr Show below.

4. Isata’s debut album is being released by the legendary Decca Classics label
Now in its 90th year, Decca Classics has been a home to countless classical music stars, and continues to work with many of the world’s top musicians and performers. It is perhaps most famous for being the exclusive label for the most successful classical recording artist in history, Luciano Pavarotti. Decca Classics is also home to Isata’s brother, Sheku Kanneh-Mason, who released his debut album in 2018.

If you would like to keep up with Isata you can follow her on Facebook and Instagram. Romance is released today and can be purchased online or streamed through all major platforms. Have a listen and and get excited about what a wonderful treat we are all in for in September!