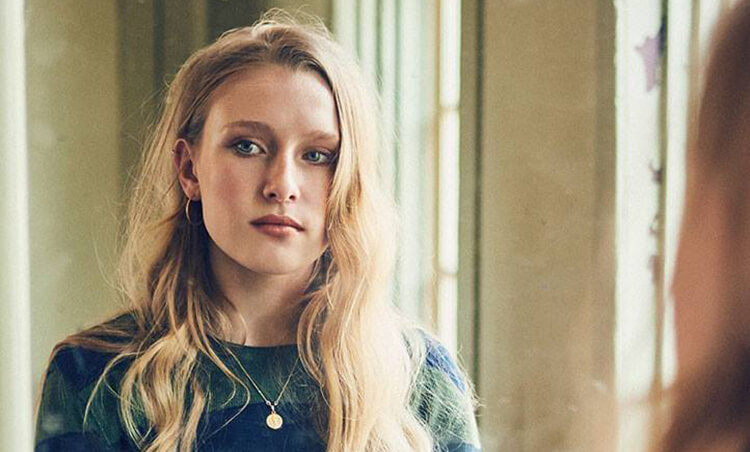 Billie Marten is one of the UK’s most gifted young musicians. The singer-songwriter from Ripon first came to prominence at the tender age of twelve, and before she had even finished her A-Levels, Marten had two EPs and a studio album to her name. Here we pick five songs that trace her remarkable musical journey so far.

Marten began writing songs when she was nine-years-old. By twelve, she boasted a repertoire of original material and heartfelt cover versions that many experienced coffeehouse performers would envy. Marten soon attracted music industry interest and was inundated with performance requests. Her appearance on Ont’ Sofa YouTube channel confirmed her potential. Marten looked at home in the studio and the session quickly garnered hundreds of thousands of views. The setlist included a masterful cover of ‘Middle of the Bed’, originally by of one of Marten’s musical heroes, Lucy Rose. There is a fitting symmetry to this: Marten later supported Rose on tour in October 2015, with the two becoming good friends.

This song came at a key moment in Marten’s story. Released in the build-up to her first EP, Marten’s increasingly busy schedule meant that she was making more train trips down to London for label meetings and promotional obligations. While many would have made do with Virgin East Coast’s fifteen minutes of free Wifi, Marten found in the journeys a chance to reflect on the flux of balancing a life between two places. ‘Ribbon’ comes with Nick Drake-esque strings as Marten reflects ‘I long to belong but I always have to go’.

Marten’s profile grew further when ‘Heavy Weather’ premiered on Huw Stephen’s Radio 1 show in April 2015. Here, brushed cymbals and trickling piano keys combine with guitar reminiscent of Neil Young to wonderfully recreate a rainy afternoon in North Yorkshire. The single was released on 7” vinyl – Marten has professed her love for records – with a cover of Royal Blood’s ‘Out of the Black’ providing the B-side. ‘Heavy Weather’ highlights an artist with a wide musical palette building a national presence.

With this song, Marten wanted to relay how ‘words can affect people, not always for the right reasons’. ‘Bird’ features tender lyrics like ‘Hope is a distance unreached’ that tell the story of a young girl lost to solitude. The music is accompanied by a moving video shot in the Lake District. Atmospheric violins come to the fore and lift the song high into the Buttermere mountains; they then suddenly recede, leaving you suspended and overwhelmed. Still only 16-years-old at the time of its release, ‘Bird’ shows Marten reflecting on vulnerability; it is a remarkable piece that played a part in the artist’s nomination for the BBC Sound of 2016.

Marten released her debut studio album Writing of Blues and Yellows in 2016. The LP is full of delicate lyricism that benefits from rich – but not overbearing – instrumental backing. Opening track ‘La Lune’ entices you into the album with melancholic waves. Marten floats between two dreams here as hummed vocals evocative of Jeff Buckley’s ‘Grace’ give the piece a timeless feel.

With La Lune followed by a string of outstanding tracks, including ‘Bird’, ‘Lionhearted’ and ‘Milk & Honey’, Marten’s debut album confirmed her status as one of the most captivating new voices around.

We didn’t want to include two covers in our (already reductive) list of five songs that define Billie Marten. However, her version of ‘In for the Kill’ is worth a mention. The opening thirty seconds build a sombre atmosphere, before the repeated ‘don’t let go of my hand’ outro leave the song in a wonderful state of limbo. Marten completely transports the song from its singalong origins, further highlighting her creativity.